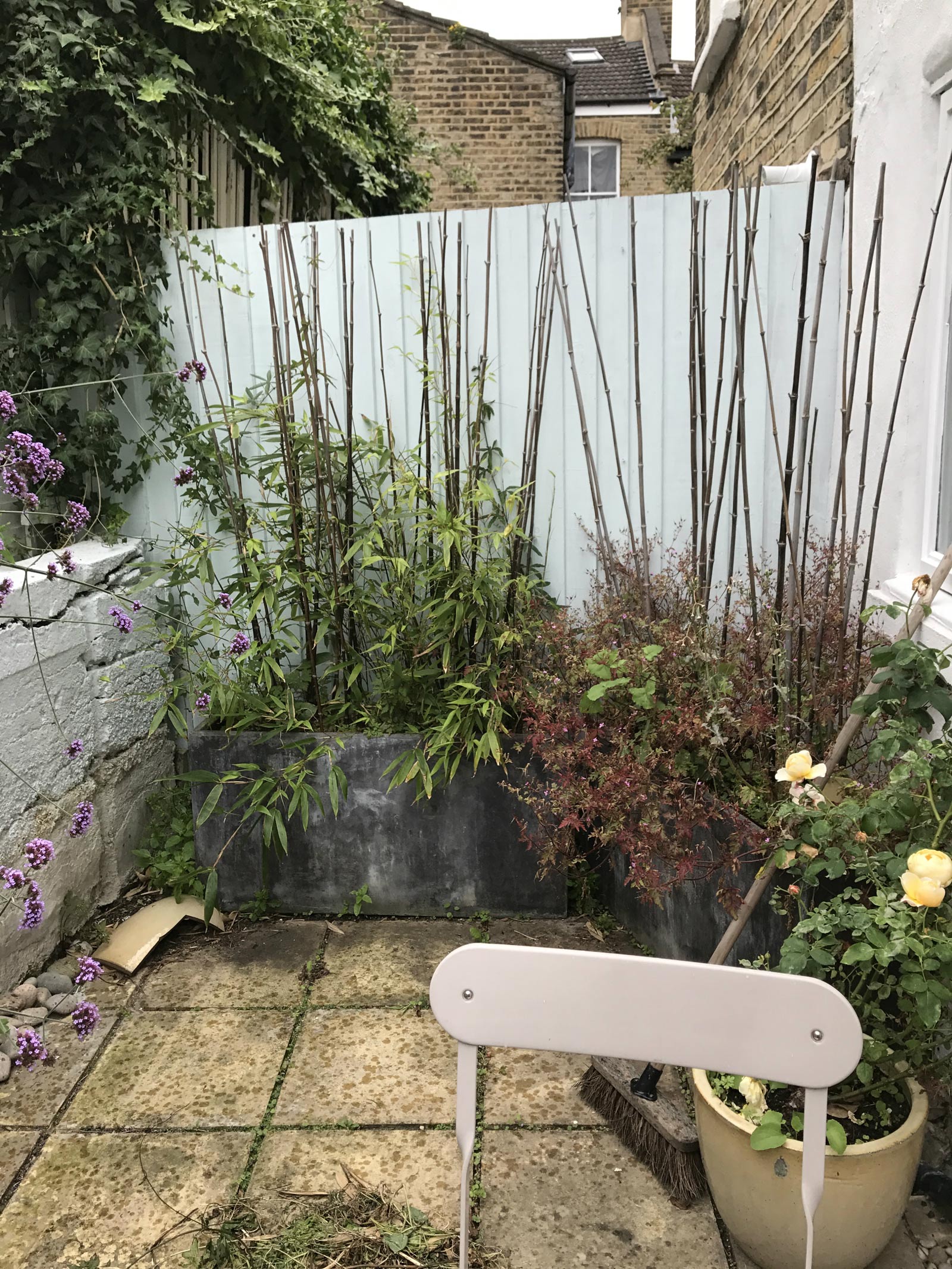 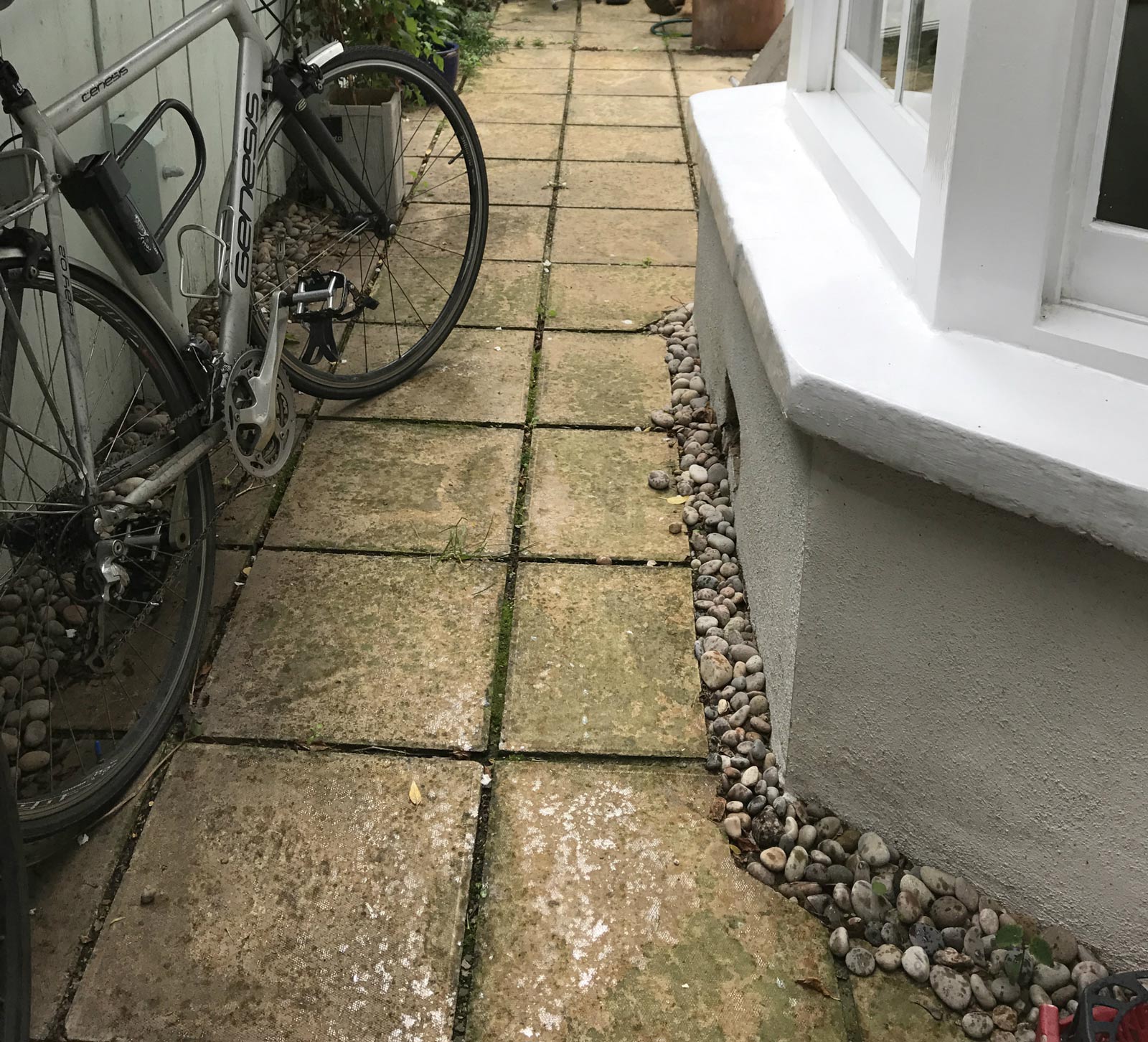 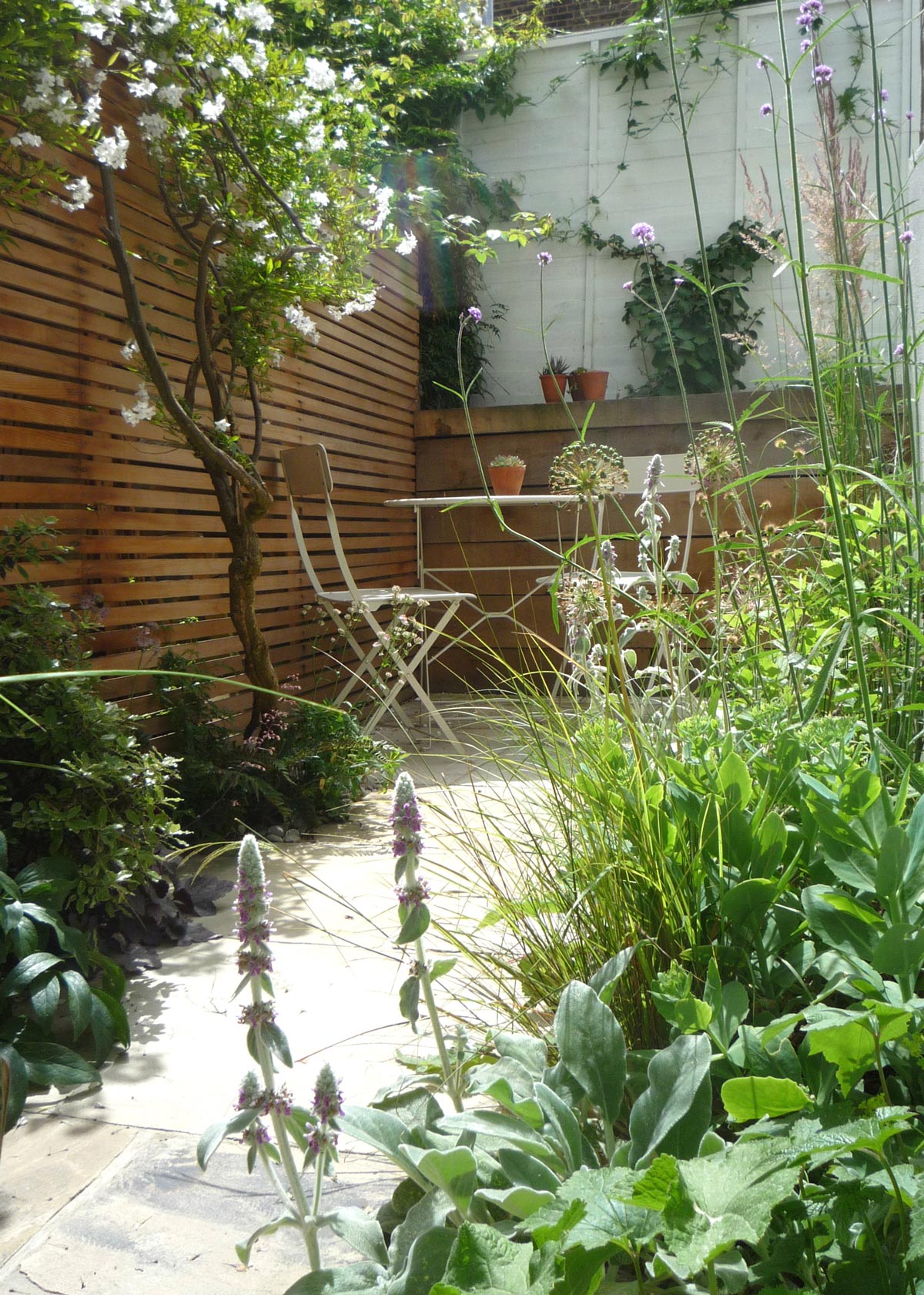 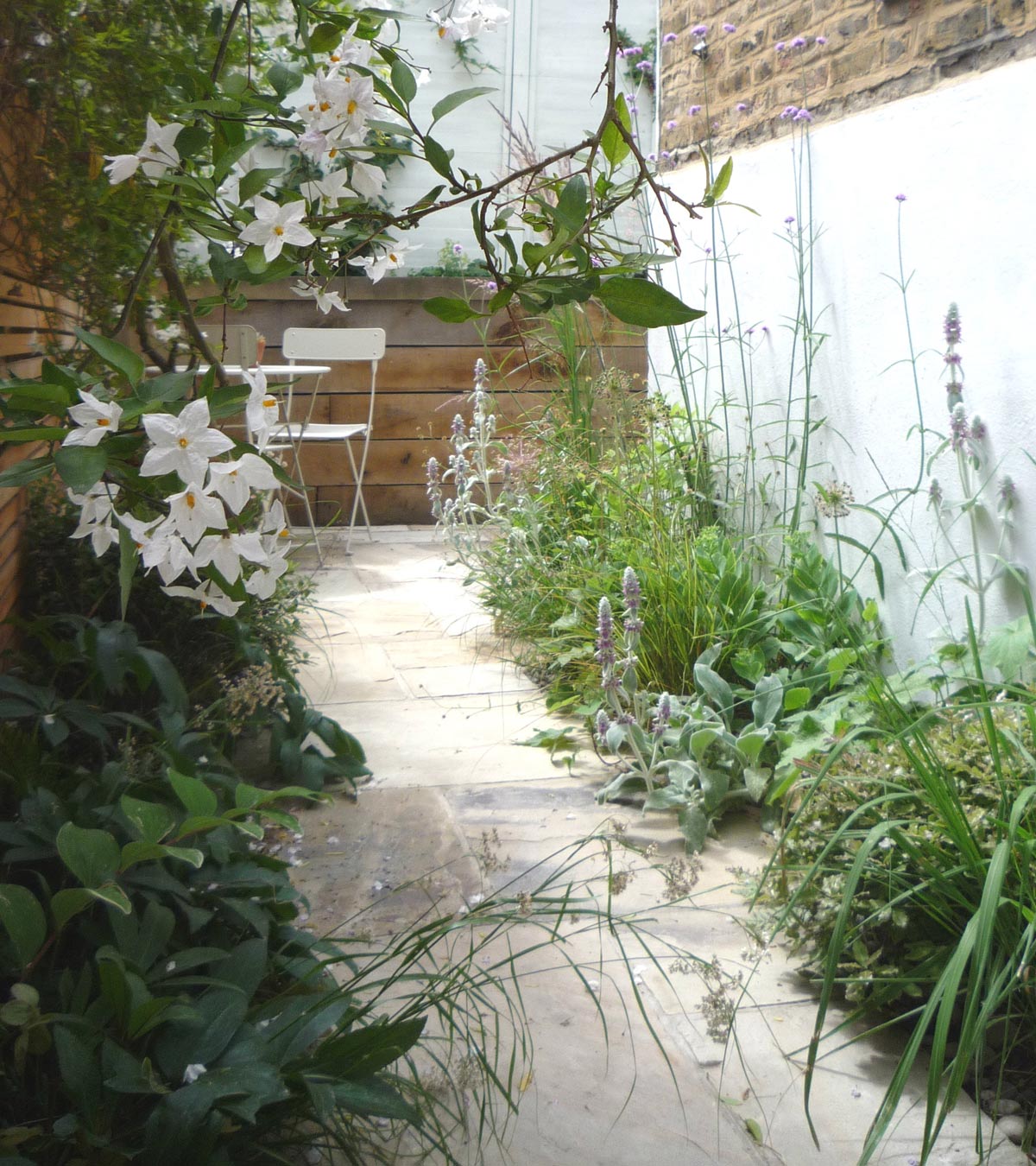 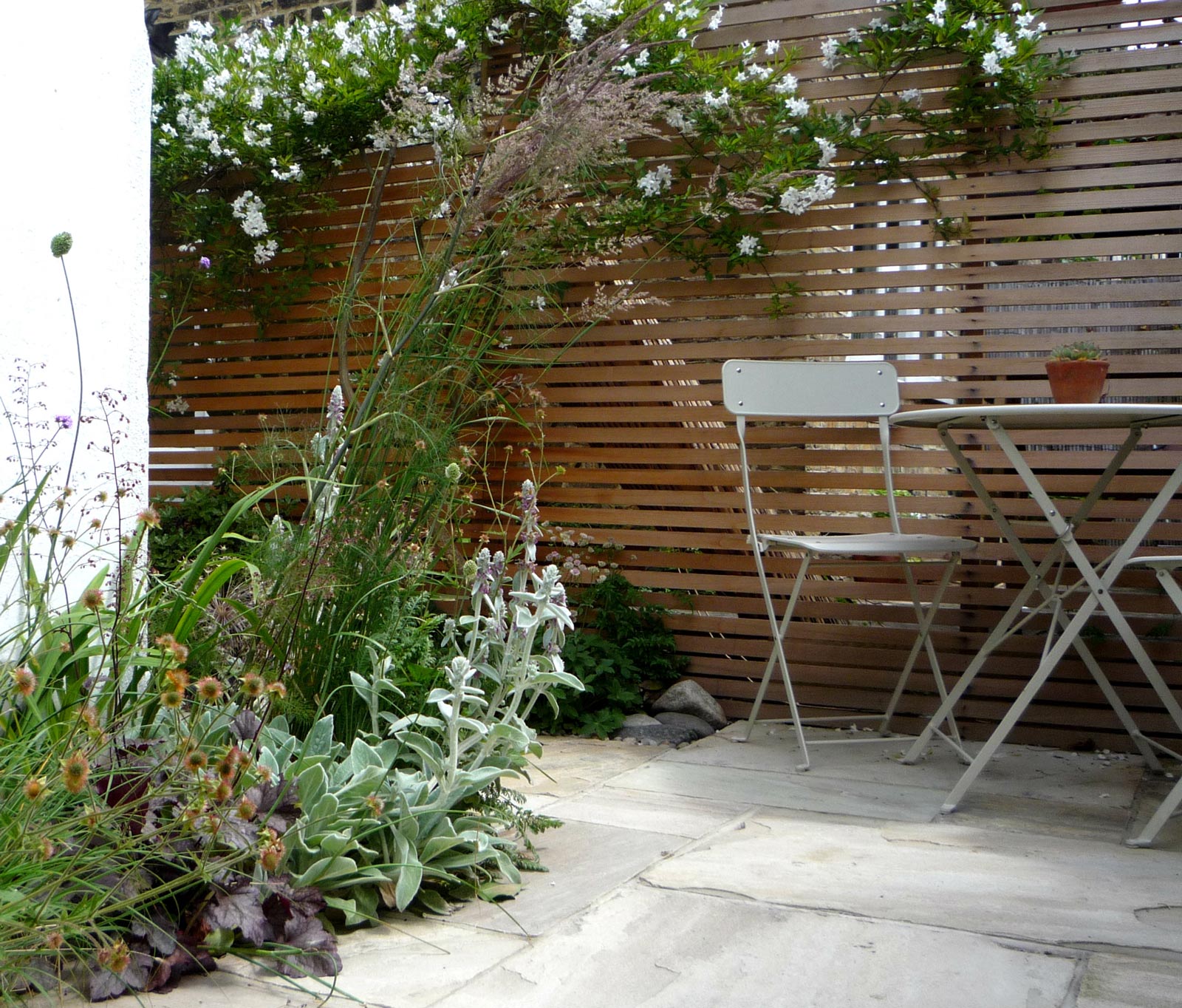 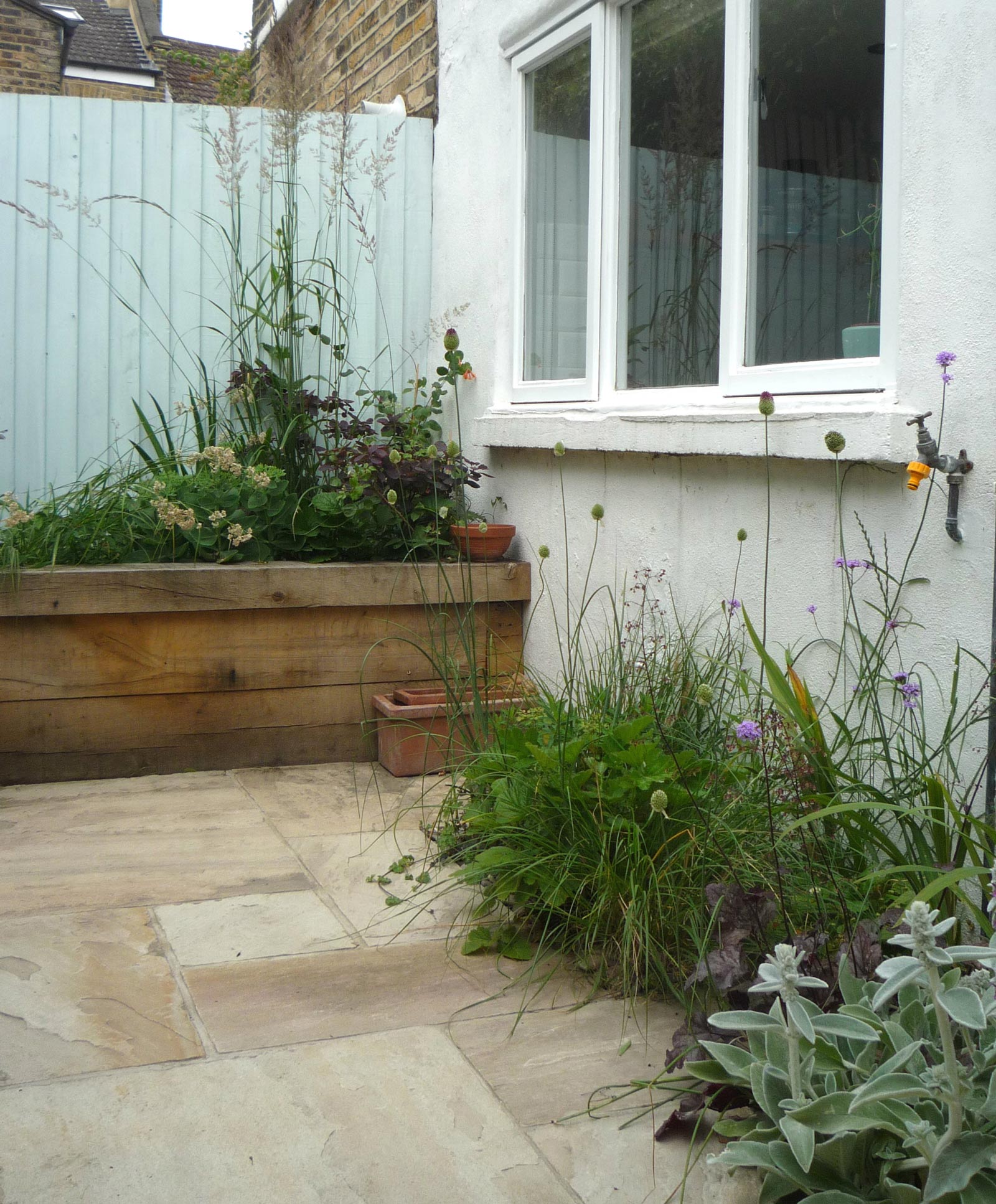 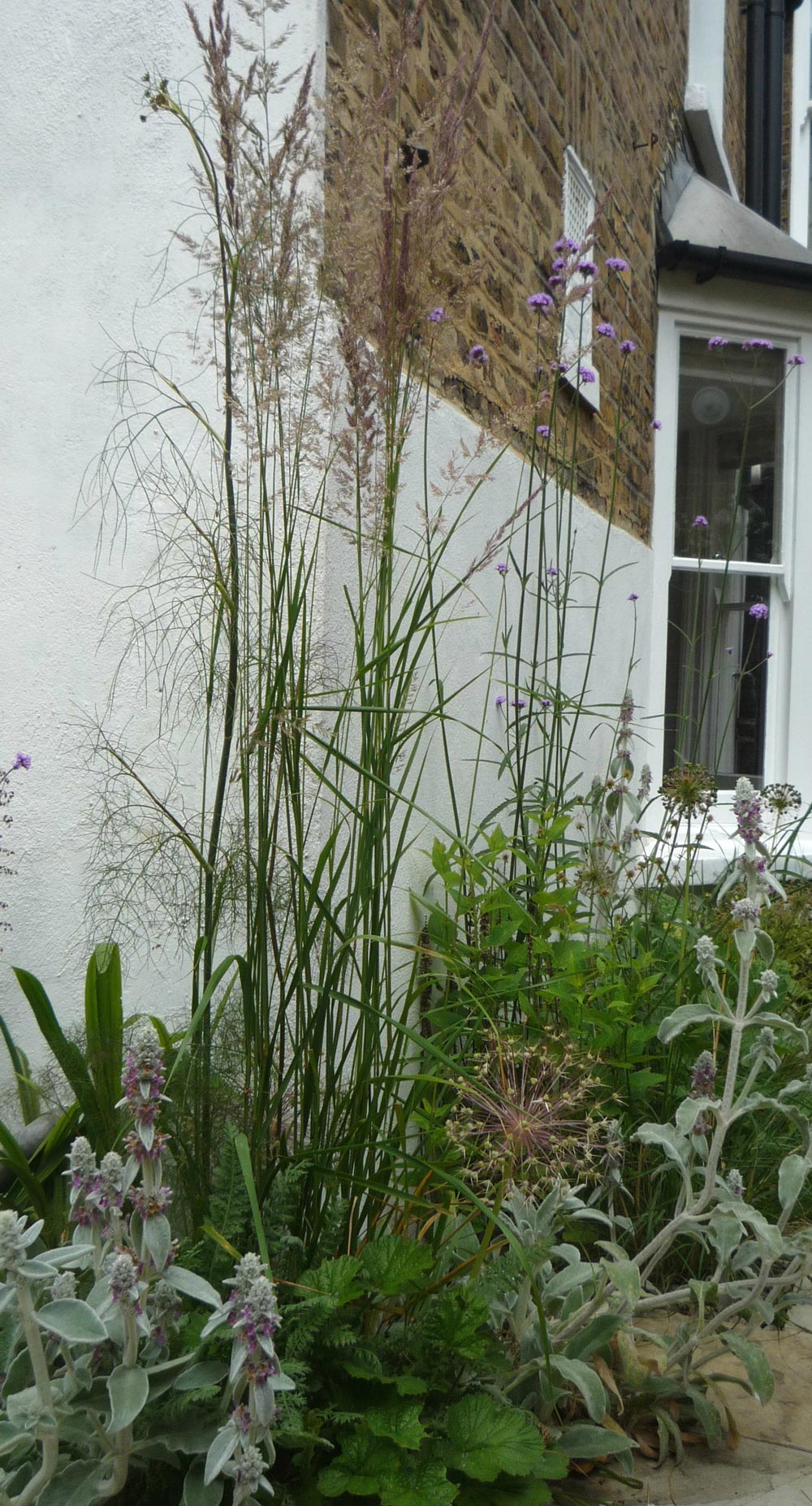 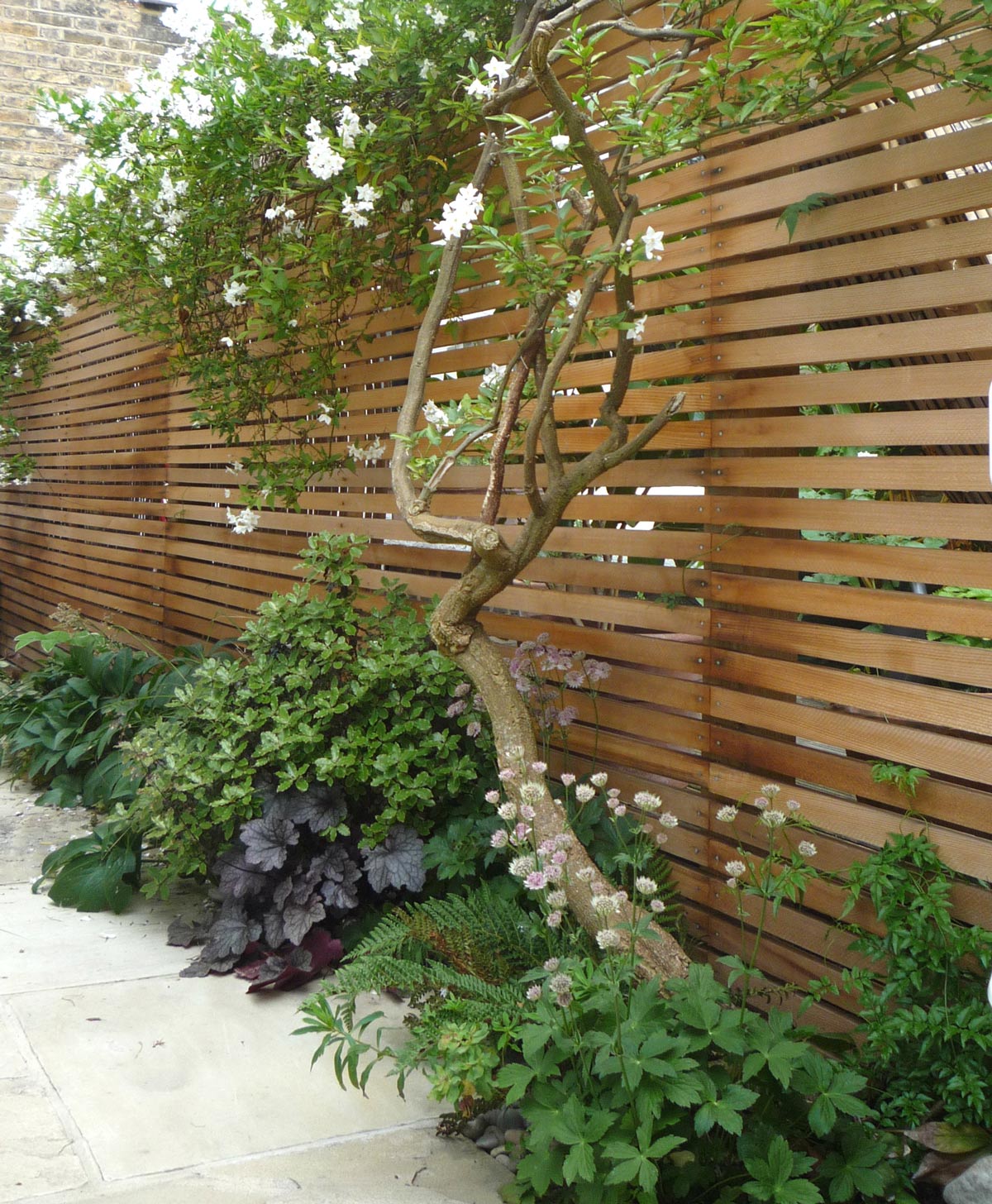 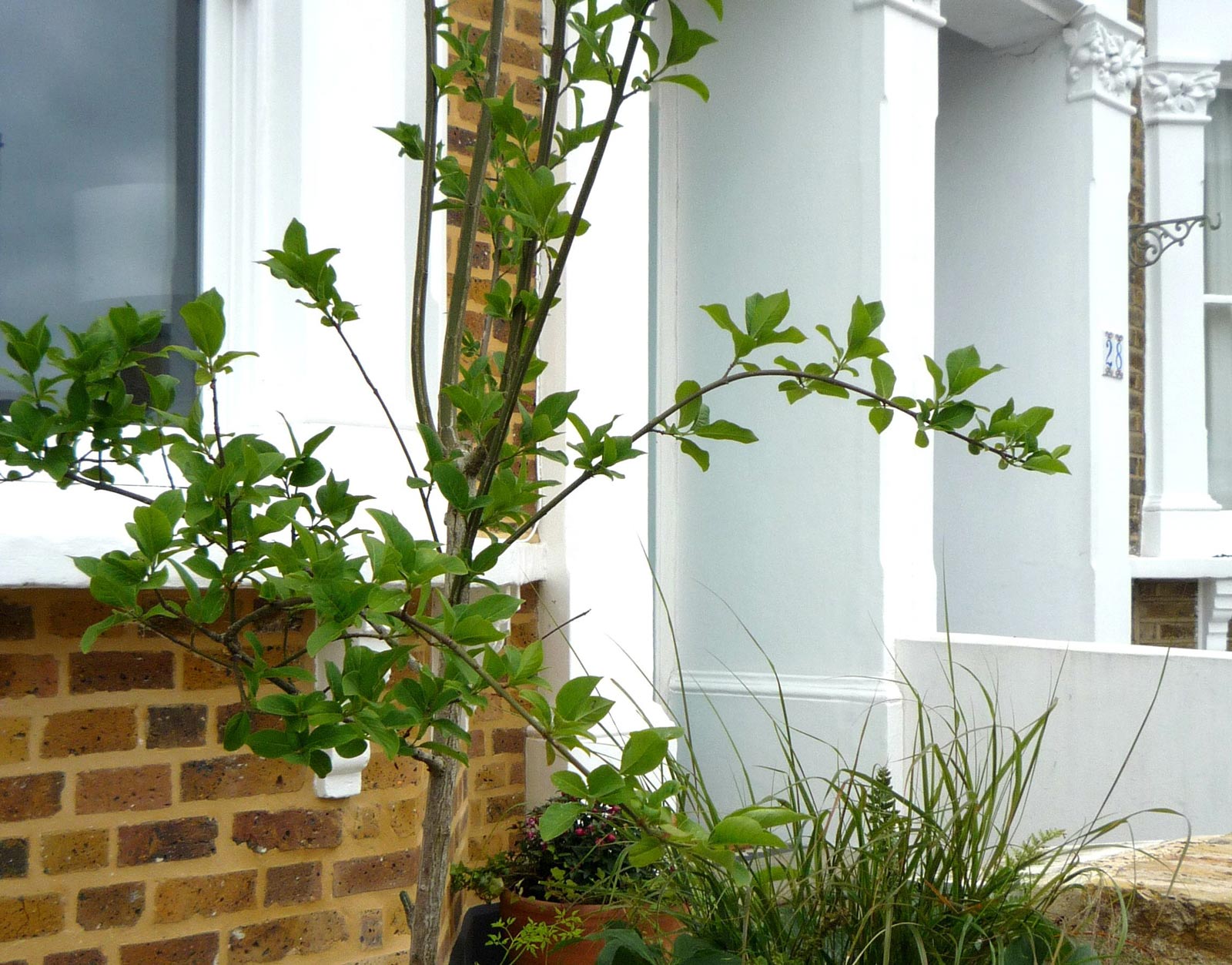 This is a small courtyard garden project; a side return and a small patio at the back of the house. However, it does benefit from a surprising amount of sunshine, despite being surrounded by houses on all sides.

The owners had an ambitious brief; as much planting as possible in the space to give the feeling of walking through a meadow, encourage the local birdlife, and incorporate all the existing plants, pots, and planters.

I focused on maximising the green space and making it look as cohesive as possible. The planting scheme concentrated on height, depth and texture as well as using cool colours.

Landscaping: As you can see from the before shots, the garden required some TLC and didn’t reflect the rest of the client’s beautiful home. We started by carefully cutting back the climber Solanum laxum, saving as much of the plant as we could salvage. This allowed us to get rid of the broken adjoining fence, which was replaced with a chestnut stripe version. We then laid sawn sandstone paving to smarten up the space.

Maximising Space – We created as much planting area as possible whilst still ensuring space for seating in the sunniest spot. We created a large planter at the far sunny end, and planting ‘pockets’ were placed on either side of the path, in as much of the garden that has sufficient light. The back boundary supporting wall was clad in oak to tie in with the planter giving a cohesive look.

Meadow Planting – To create the feeling of walking through a meadow, we added tall natives plants, cow parsley and teasel, along with Echinacea purpurea, purple fennel and Verbena bonarensis. Grasses; Pennisetum setaceum ‘Rubrum’ and Calamagrostis × acutiflora were added too, at the pinch points, so you can reach out and touch the seed heads as you pass. On the shady side, which is viewed from the house, I placed evergreen specimens that will give interest early and late in the year when one can only enjoy the garden from inside; Hellebore sternii, Anemone × hybrid, Heuchera , Astrantia, Melica uniflora and Luzula nivea.

‘’Carole has designed our dream courtyard garden. She helped us choose appropriate plants for our super sunny and super shady sites and came up with a really eye catching design for beds, borders and planters based on our love of Hebridean island plants transported to south London. She relocated some of our old plants which have now flowered for the first time and added height, depth and breadth as well as cool colours.

We love being able to refer to our planting plan when wondering what this or that plant is. Carole also brought Steven in to do the hard landscaping and he was excellent – careful, strong and with excellent design recommendations of his own.

We couldn’t be happier with the Design Heights team!’’