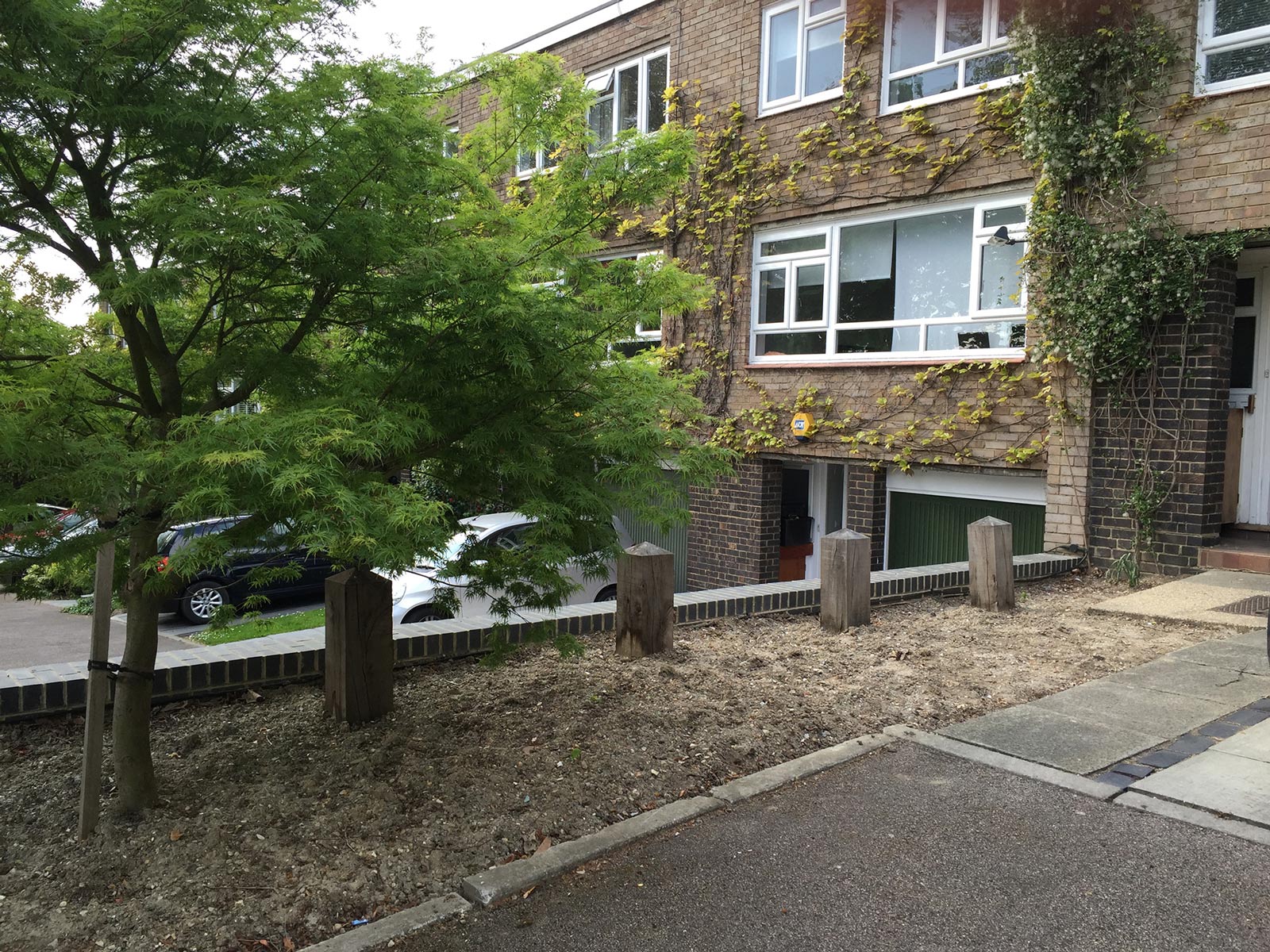 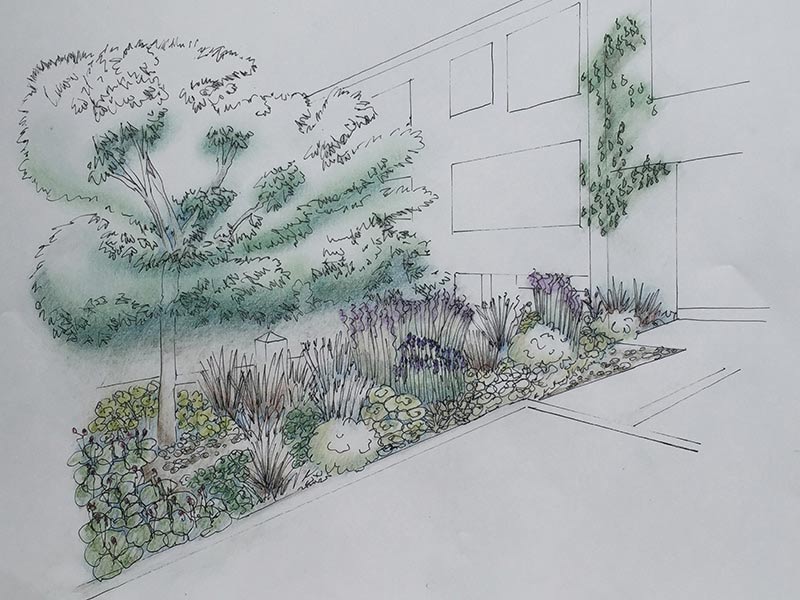 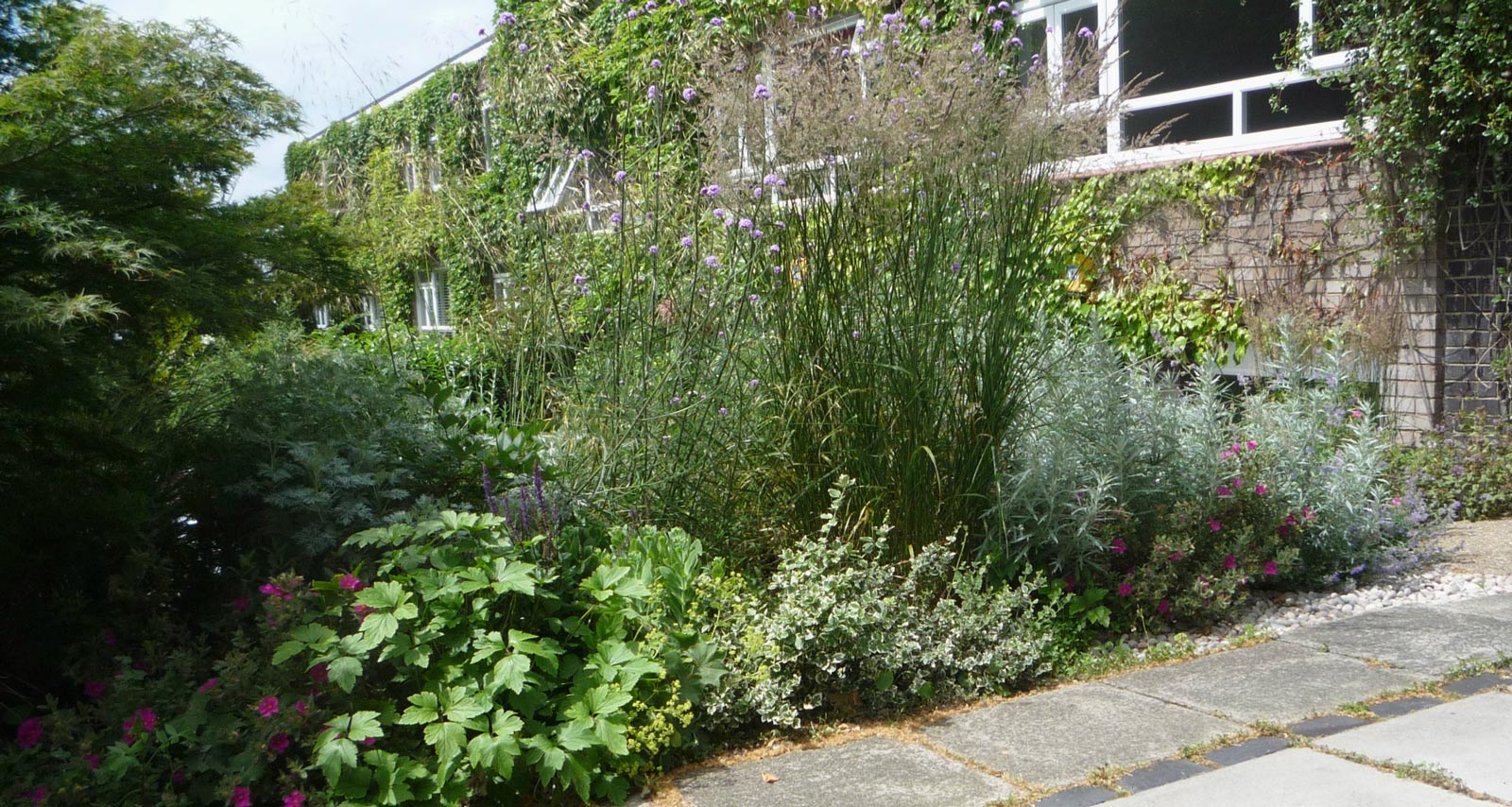 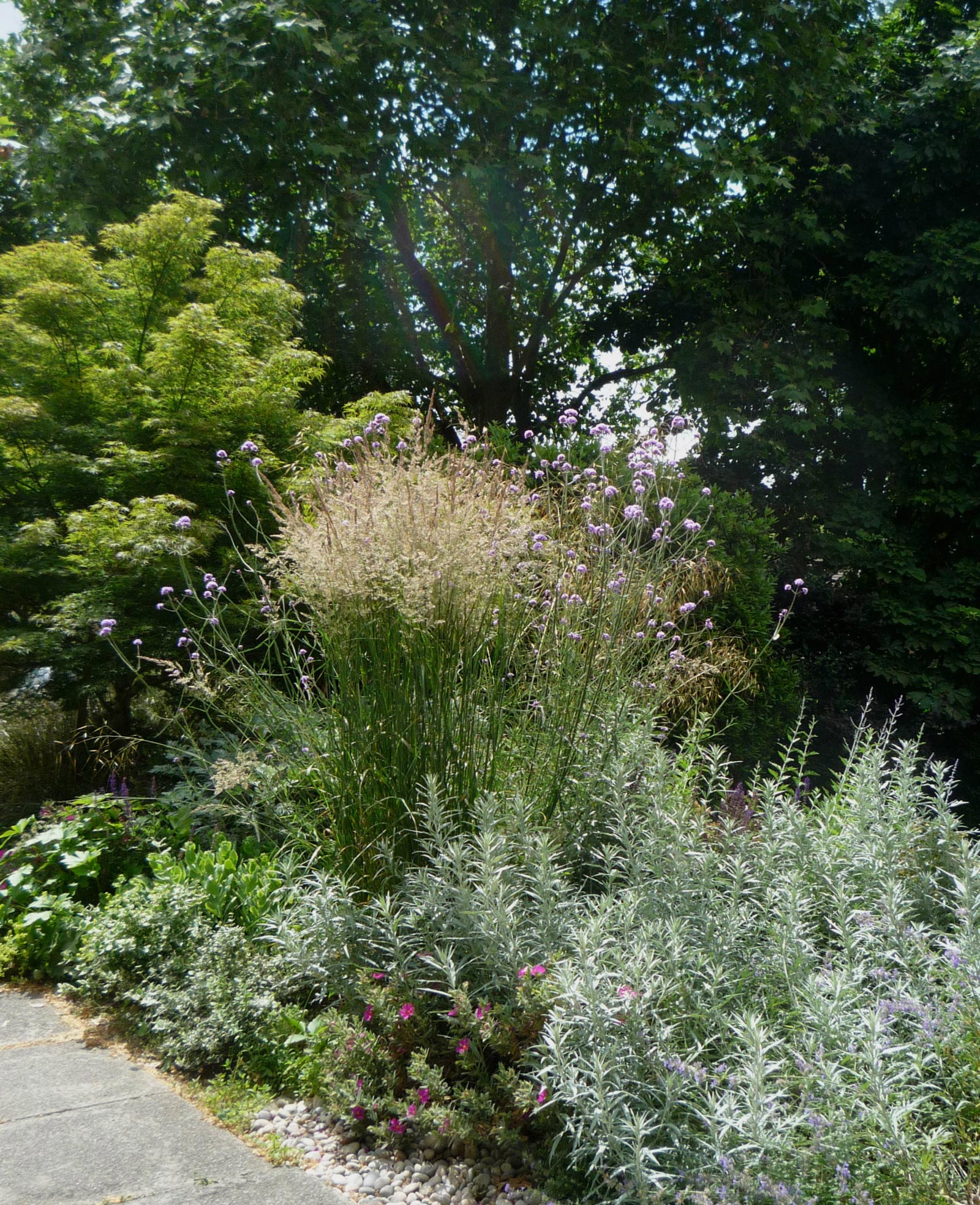 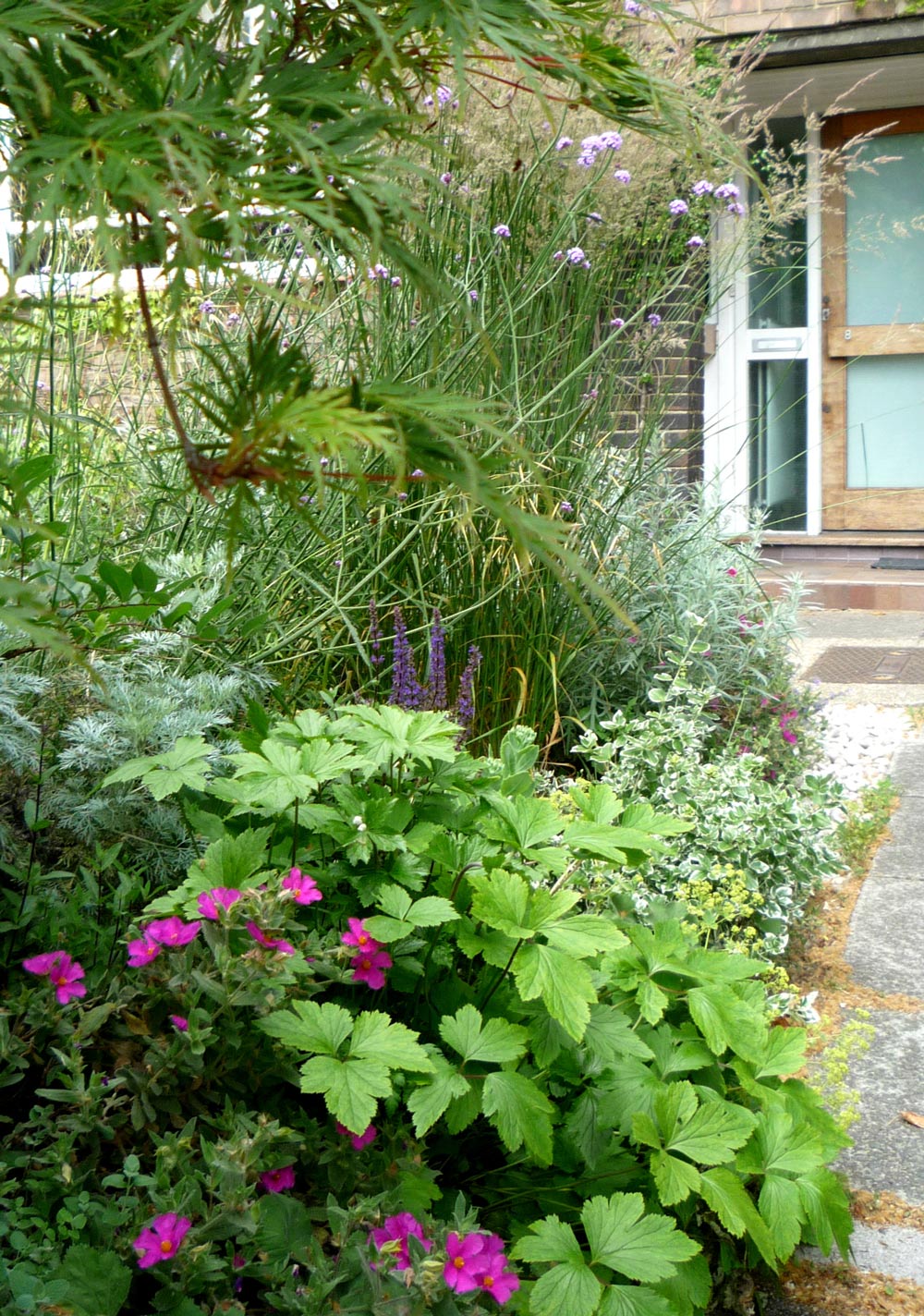 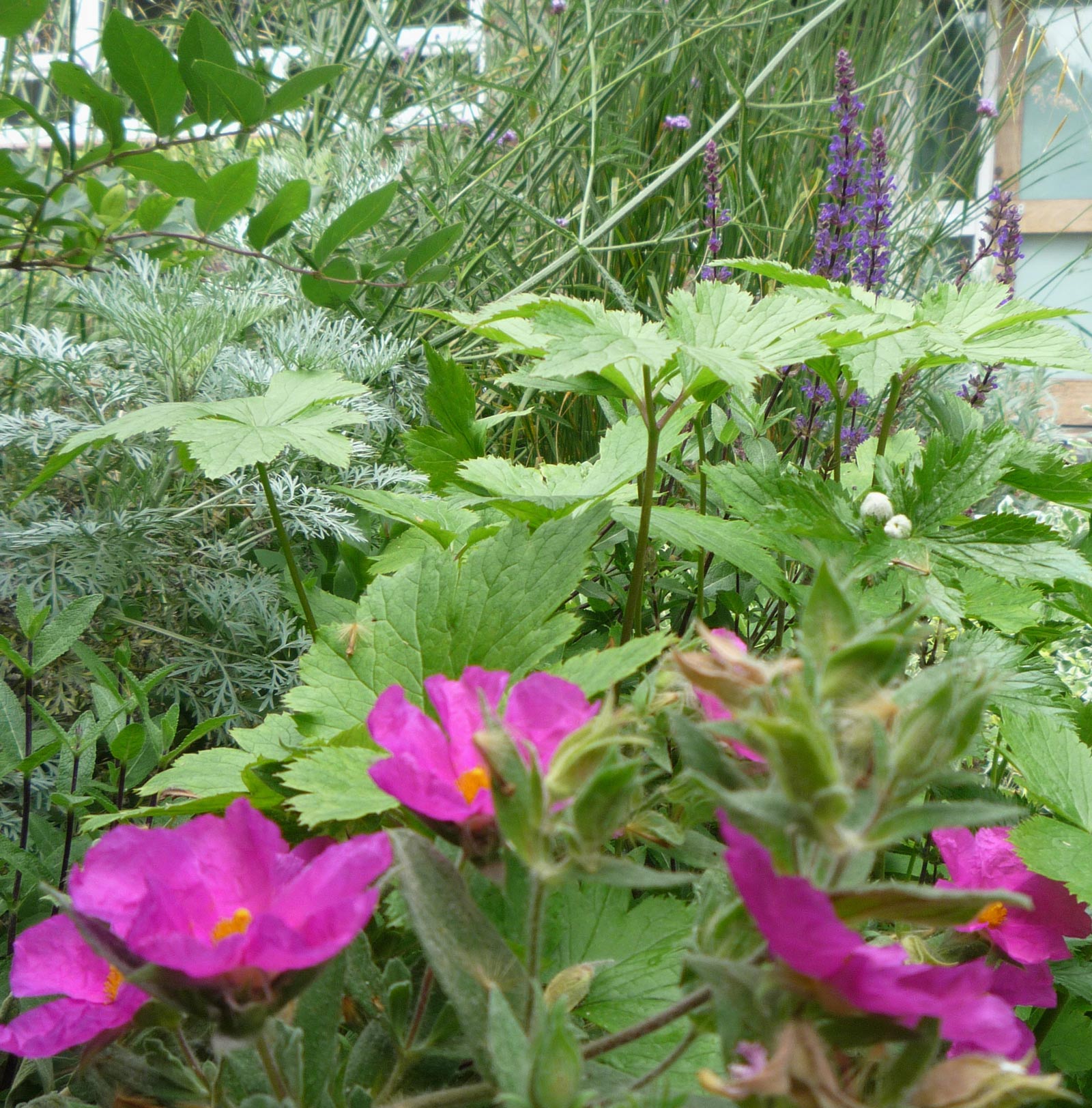 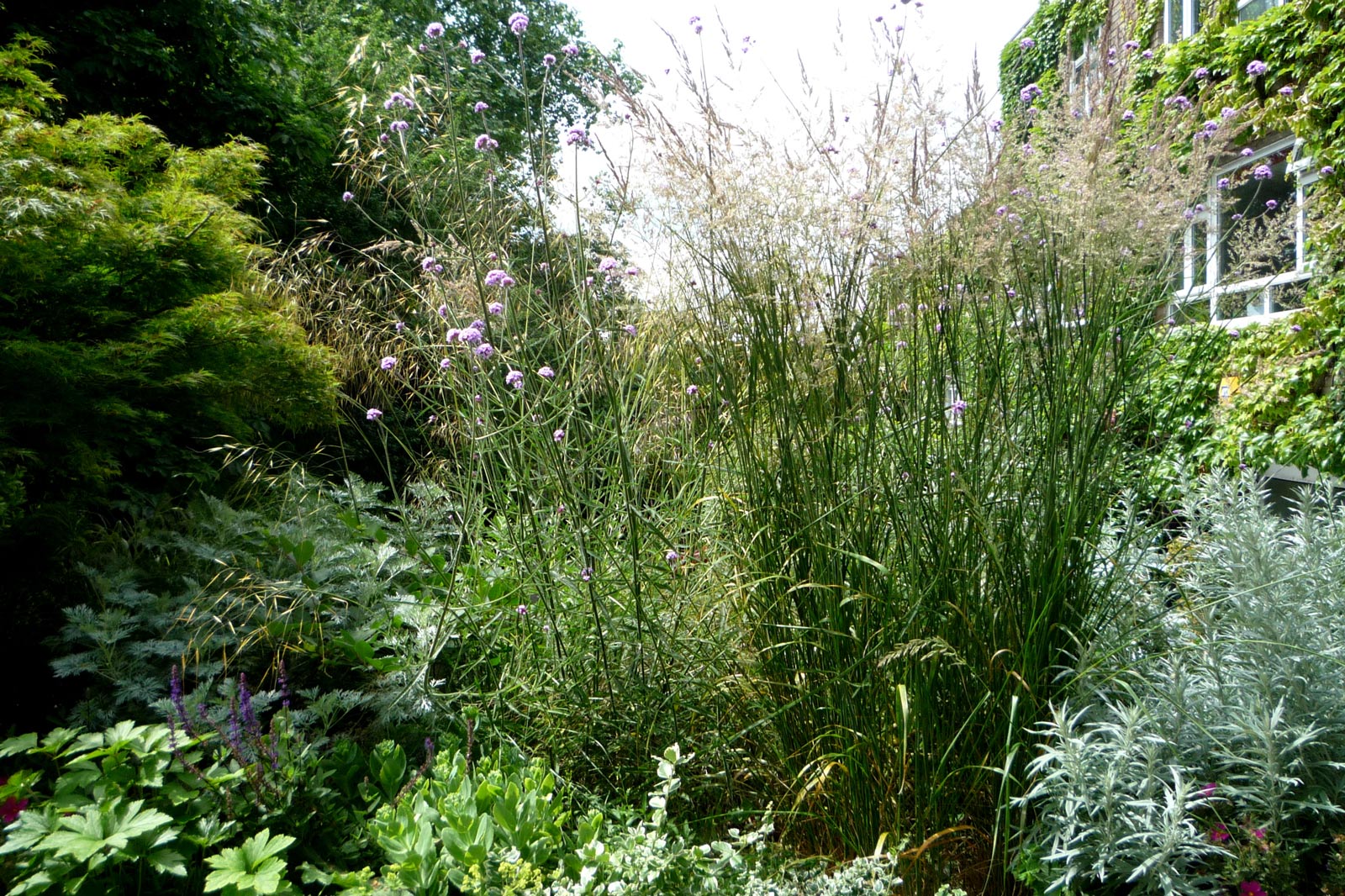 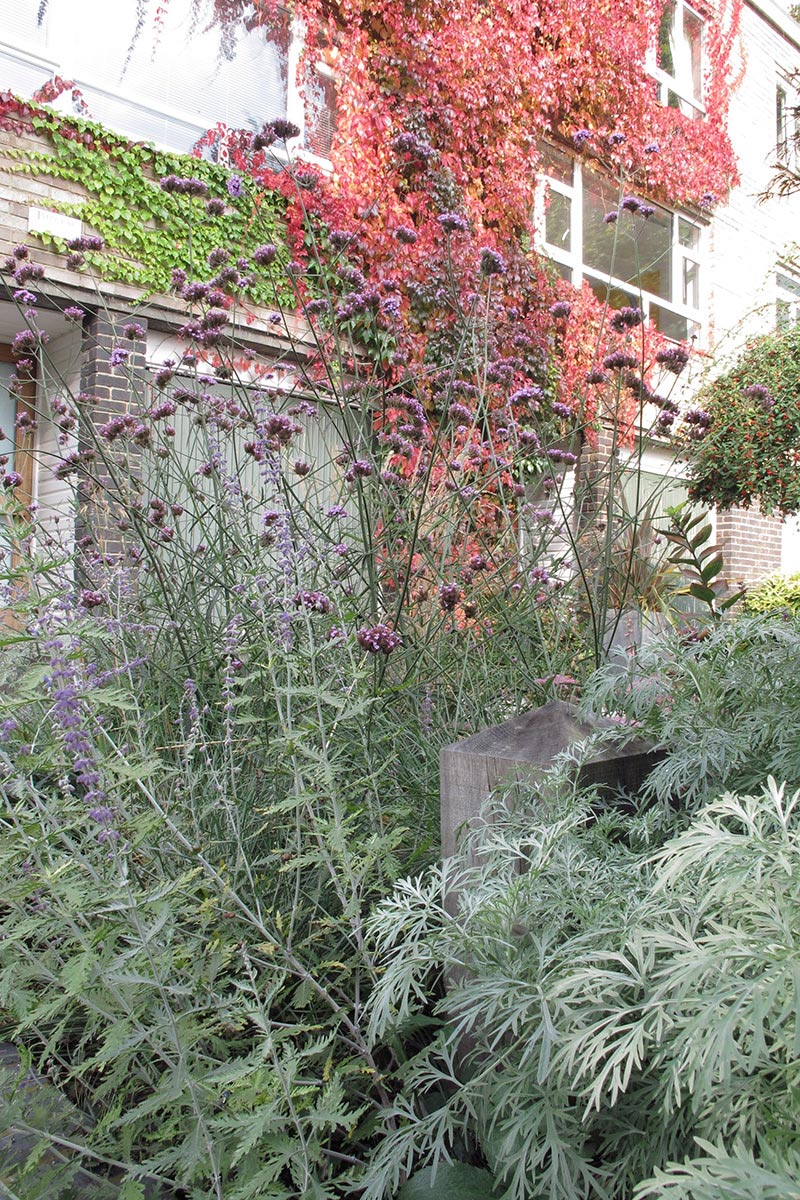 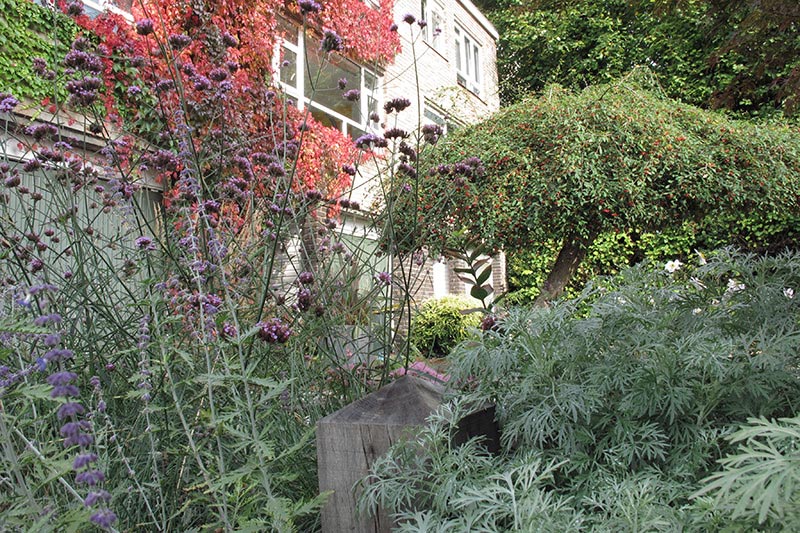 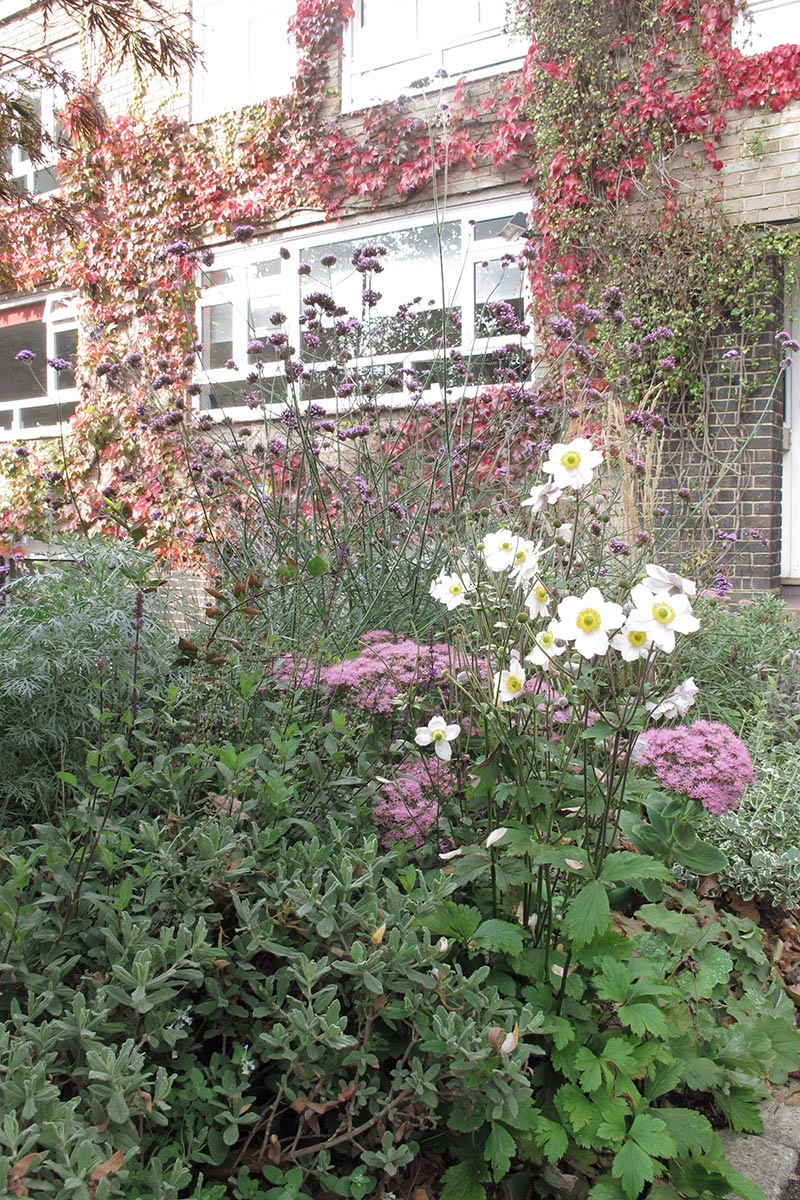 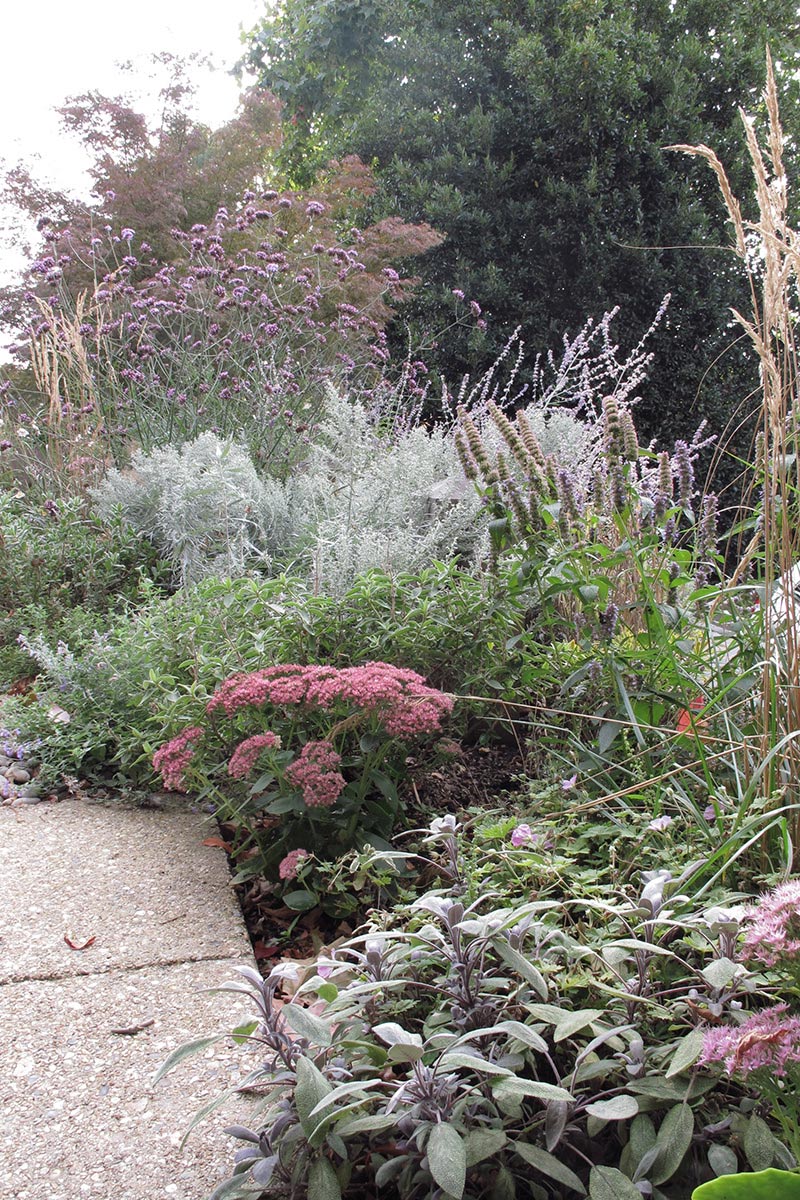 Situated on a mid-century modern estate in Beckenham, the external aesthetic of the estate are tightly controlled and the residents are enthusiastic about how their estate looks, so much so, that a few of them have banded together to improve the landscaping. The estate sits in a site which is about an acre in total with a large communal area in the centre. The project was created when a plot was emptied for a new retaining wall build so it needed to be totally re-planted. The only remaining item was a beautiful mature Acer japonicum which was removed by the builders, stored and replanted after the wall was finished, thankfully it’s now survived for a year! Due to the aspect of the site a dry planting scheme was recommended.

The brief was to create a low maintenance, colourful, modern garden, with year round interest and a move away from the safe shrub planting on much of the estate. Hiding the wooden bollards and also make sure the scheme look attractive from all angles. The plot is in a particularly exposed, sunny site and it was decided to try and create planting which after the first few weeks could survive without watering.

After its first summer, the first half of which was particularly dry, as you can see all the plants have established well so the dry garden experiment has gotten off to a good start.

Working with a self-managed estate consisting of thirty one separate houses can be a tricky business, the dry land equivalent of shark-infested waters. Happily Carole from Design Heights was up for the challenge, and from initial planning to final implementation the process was amazingly smooth. A year later the whole estate is reaping the benefits of a professional and creative planting scheme, which will no doubt endure and give pleasure for many more years to come.

This website uses cookies to improve your experience while you navigate through the website. Out of these, the cookies that are categorized as necessary are stored on your browser as they are essential for the working of basic functionalities of the website. We also use third-party cookies that help us analyze and understand how you use this website. These cookies will be stored in your browser only with your consent. You also have the option to opt-out of these cookies. But opting out of some of these cookies may affect your browsing experience.
Necessary Always Enabled

Any cookies that may not be particularly necessary for the website to function and is used specifically to collect user personal data via analytics, ads, other embedded contents are termed as non-necessary cookies. It is mandatory to procure user consent prior to running these cookies on your website.