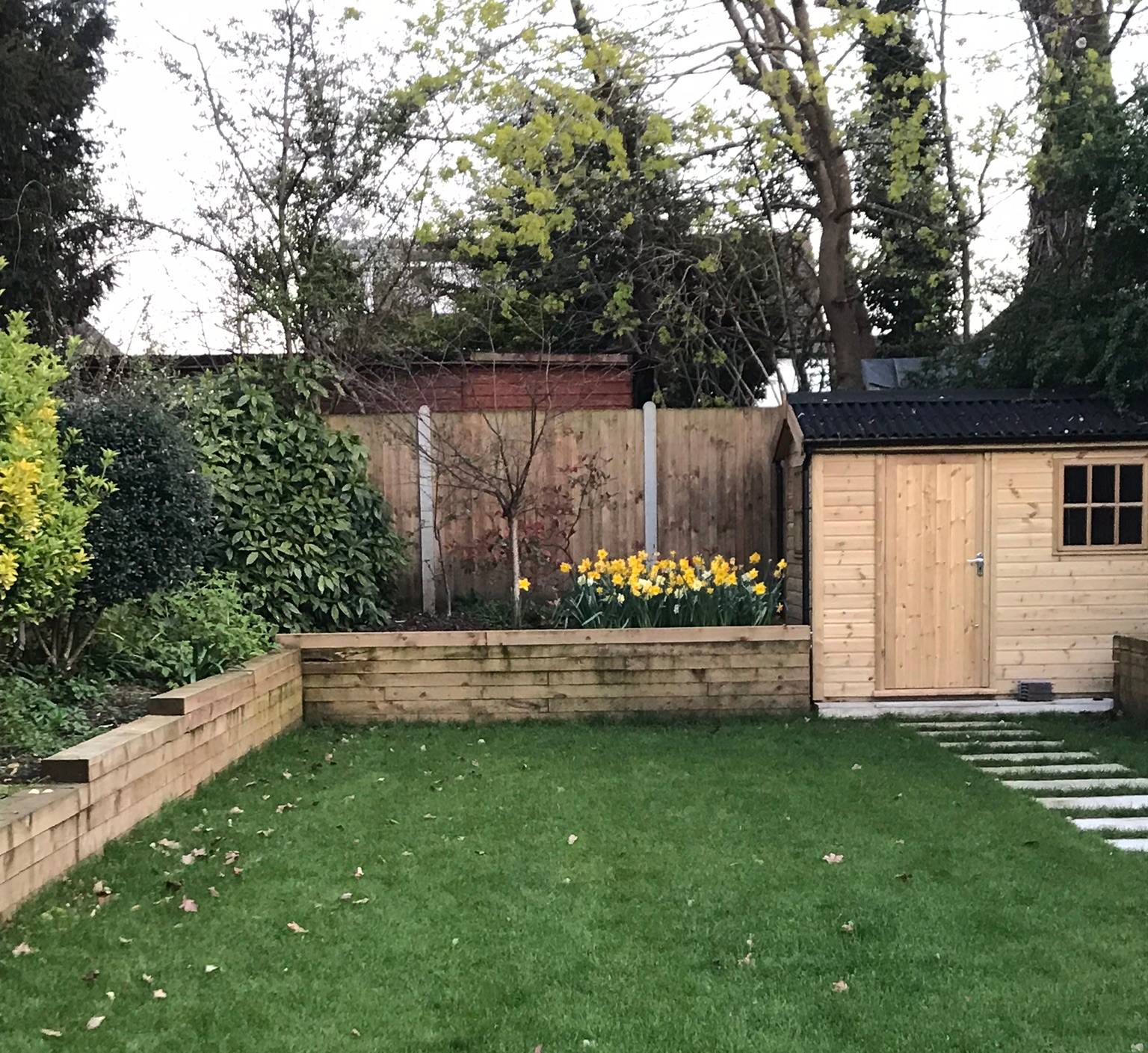 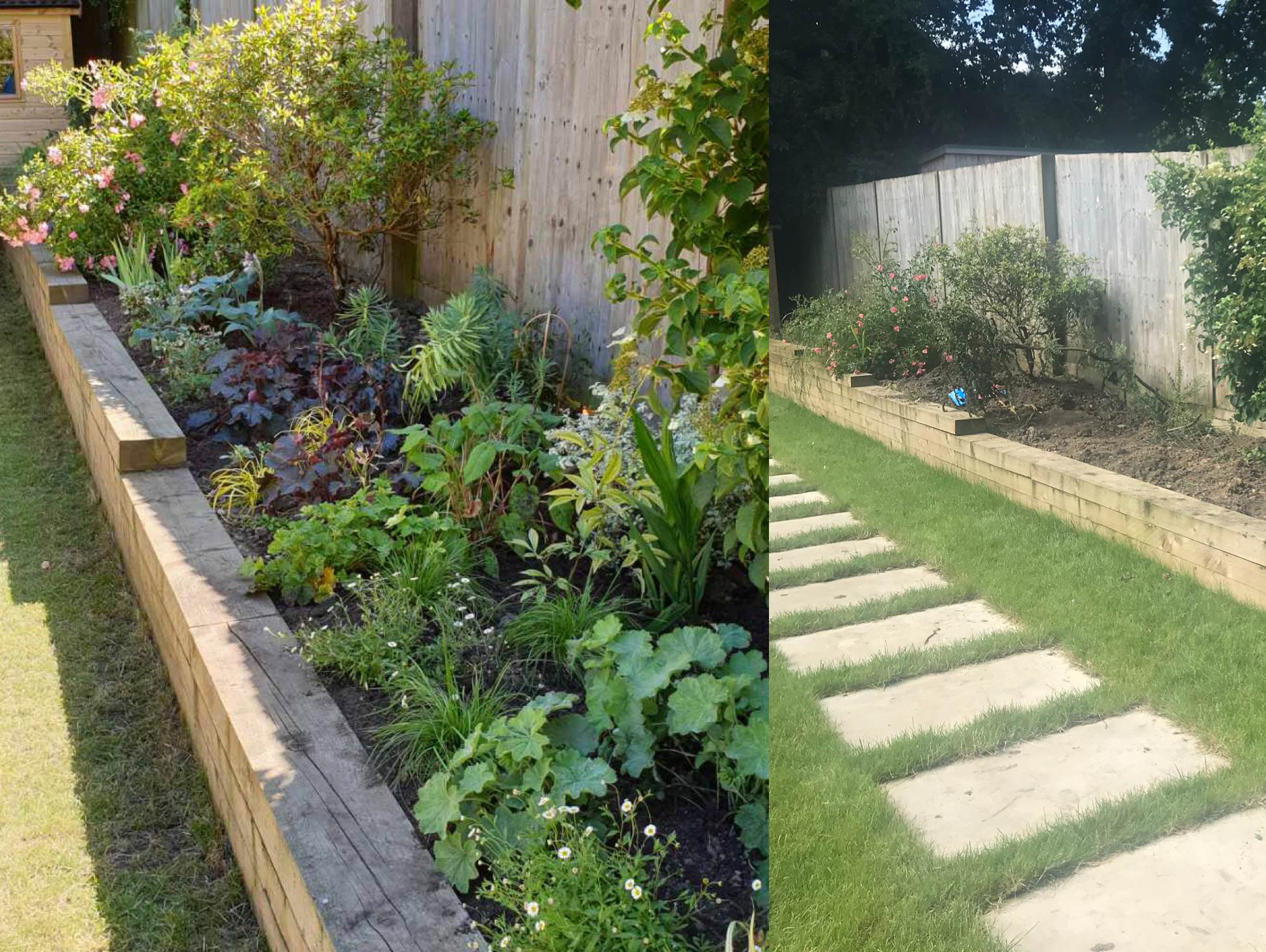 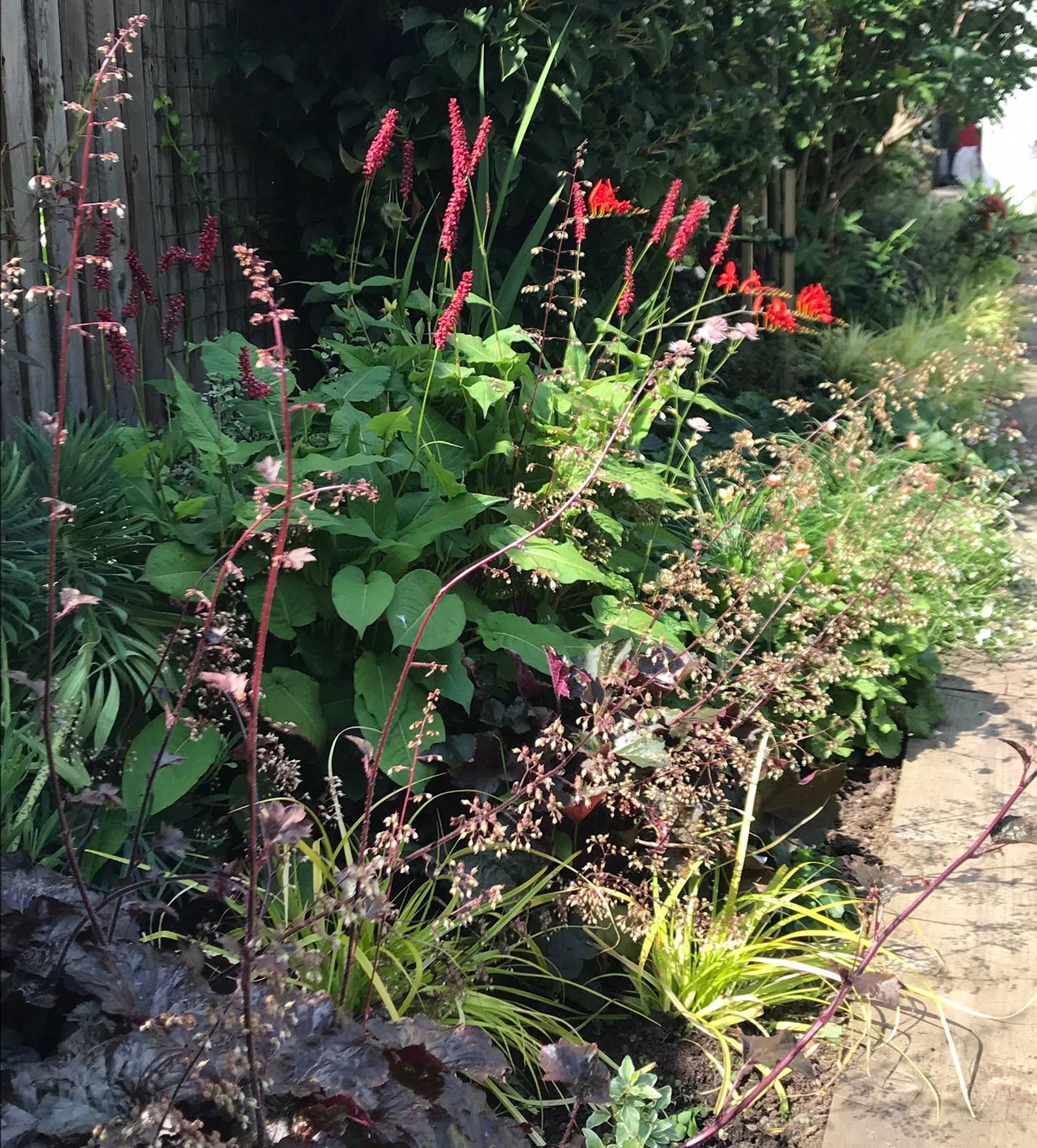 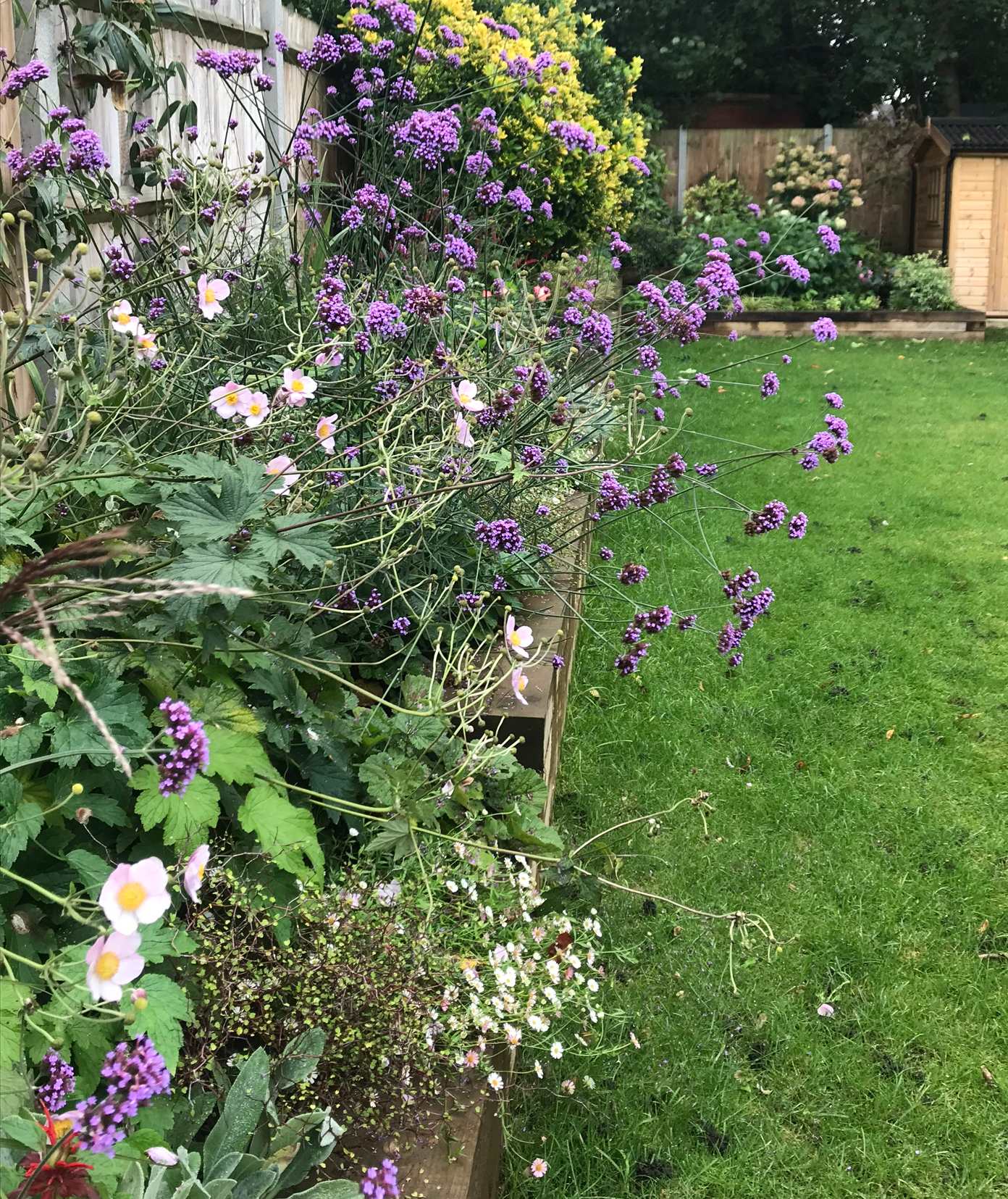 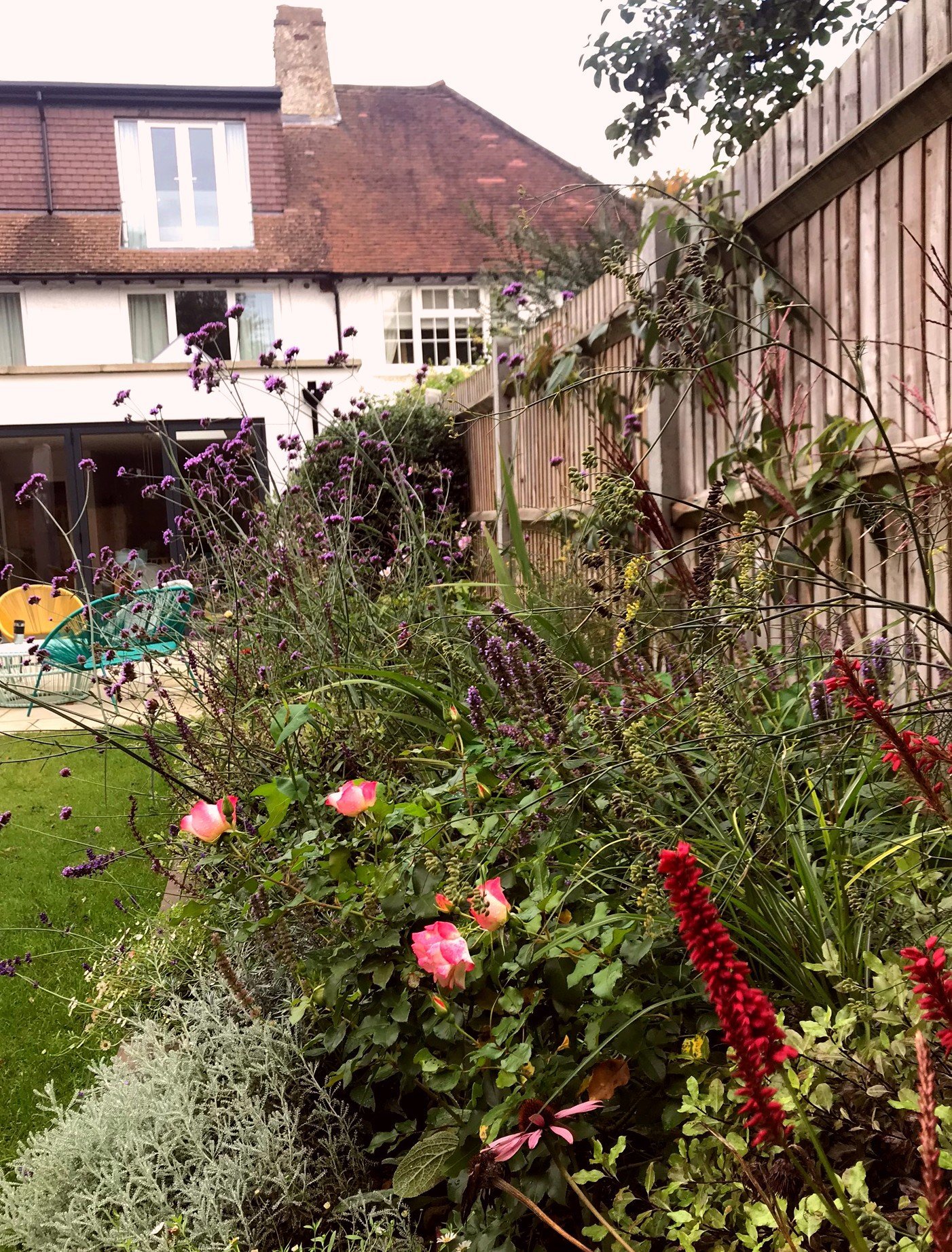 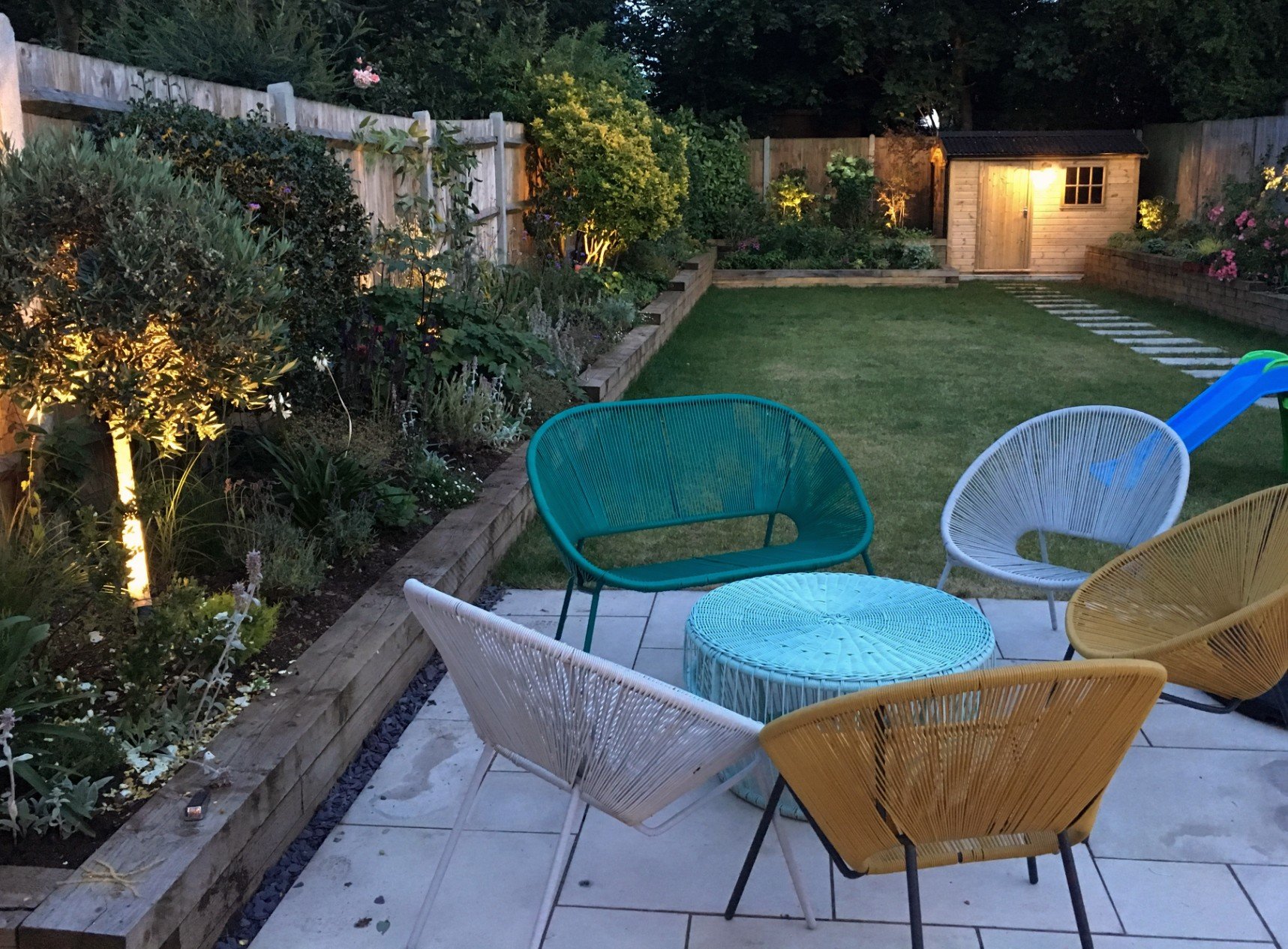 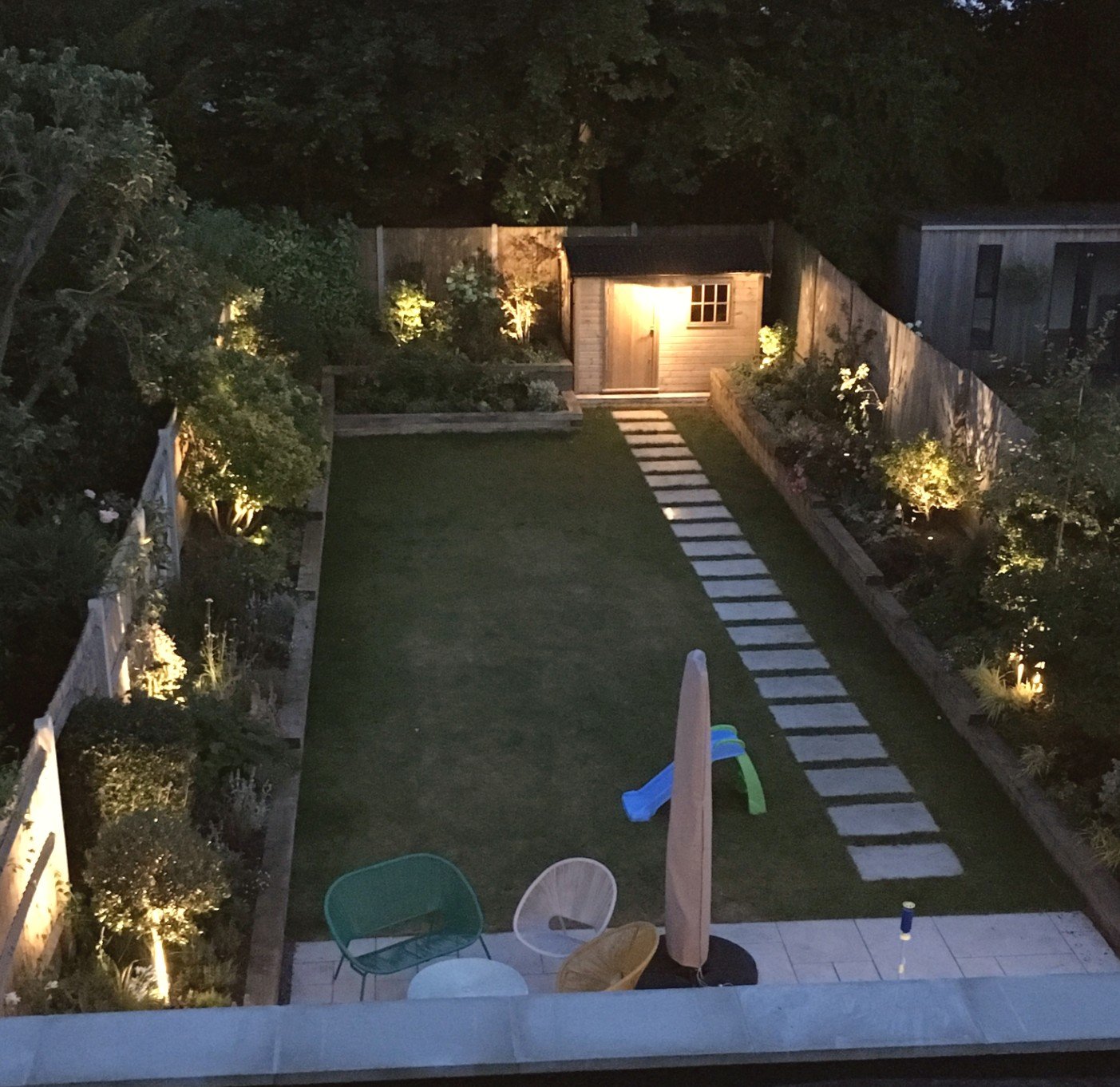 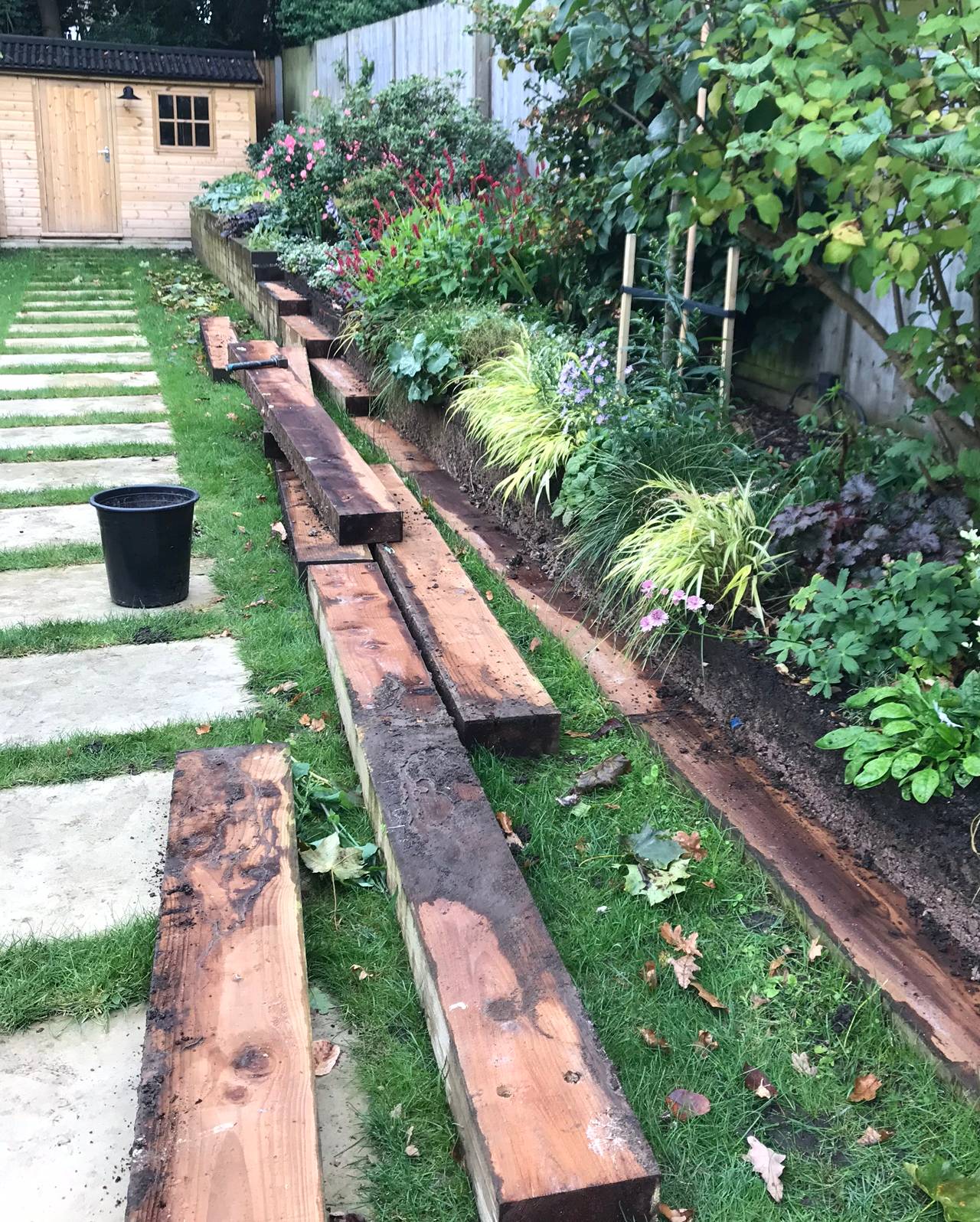 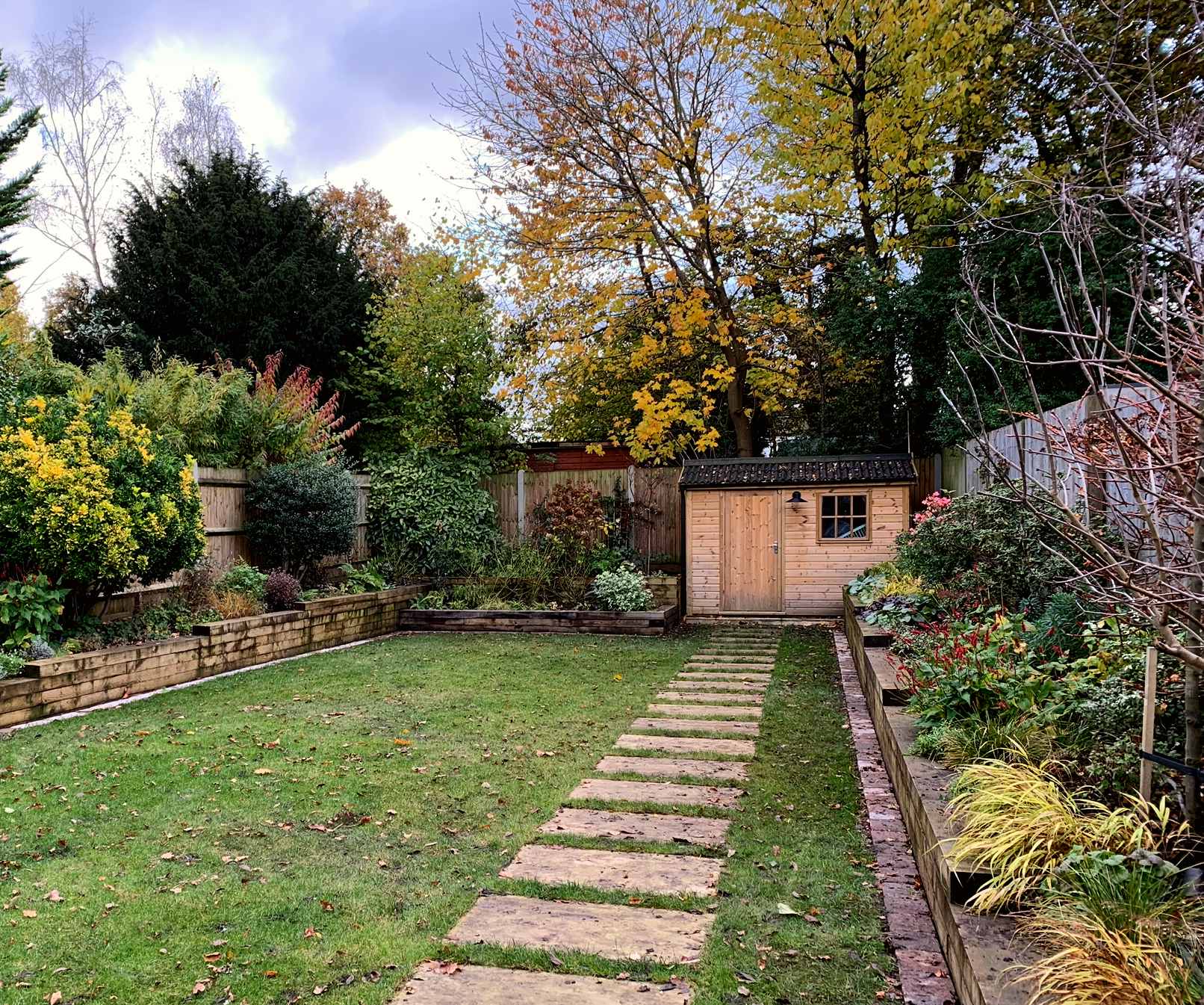 The project was briefed, post-build of a large extension undertaken the previous year, these works included leveling the back garden. As you can see from the initial pictures, they also added planters around a large lawn. Planting wise there were a few large shrubs and lots of weeds!

At the back the priority was to make sure the garden looked good all year round. The extension had wall of bi-fold windows, so there was no escaping the view from any part of the large multi-function living space.

I was asked to ensure that the fences were hidden, as well as screening the neighbours’ home office from the top floor, master suite. As a busy family the requirement was for a low maintenance garden, which we tend to on a seasonal basis.

I had the idea to add a lower planter area at the back to lessen the view of the high sleeper wall at the end, which faced directly onto the extension. We also installed irrigation on timers to save the client’s time watering.

I proposed under lighting various trees and shrubs in order to draw the eye out into the garden, a nice design technique which increases ones feeling of space, as it becomes dark outside.

The vast majority of the south-facing back garden is in full sun, expect the far back under the trees which is in full shade, so the planting covered both types of conditions.

This was a big planting project with the addition of many plants; colour comes from many herbaceous perennials; Agastashe, Crosocosmia, Echinacea, Eryngium, Sedum, Geum, Iris germanica, Monarda, Peonies, Salvias, Perscaria and Verbena bonariensis.

The fence was obscured using a variety of climbers; Garrya elliptica, Pyracantha, Trachelospermum and Clematis. I also used the voile of tall grasses and seedheads; Phlomis, Dipsacus, Deschampsia and Stipa Calamagrostis. We also spent time with the client ensuring that the Amelanchanier was positioned so she couldn’t see her neighbours garden room from her bedroom.

The back garden already had some structure from well establish shrubs however it was lacking at a lower level so I added this with; Pittosporum, Choysia, Santolina, Cornus, Cistus, Ceanothus, Euonymus ‘green rocket’, Muchlebeckia complexa, Rhododenderon, Viburnum burkwoodii plus a half standard Olive tree.

Despite this project being post-build, we also had to take down the sleeper planters and add water-proof lining, as this wasn’t done correctly by the builders and we added a brick paver mowing edge too. A cautionary tale in the importance of using Garden Design and Landscape Build Specialist from the beginning to ensure the practicalities of a garden are considered.

We returned in late Autumn to plant lots of bulbs in both the front and back. I can’t wait to return to undertake Aftercare in Spring and Summer  and to see how it’s maturing.

”We had our garden landscaped when we had our house extended but had not got round to doing the planting, so the weeds were taller than me!

Carole came in April 2019, met with myself and my husband took a brief of what we wanted and designed a planting scheme. It was then planted in the summer, irrigation and lighting were installed.

Our garden looks really fab and we have had loads of compliments. I would highly recommend Carole and her team 😊”